Chris has been playing guitar for….well forever really! Even before LZ was a twinkle in JP`s eye.

After making his stage debut in the mid 70s at the age of 24 Chris was struck hard by the buzz of live performance and made it his goal to experience it again at every available opportunity.

Dues were paid in various local bands and hostelries until Chris met Cliff Stocker and formed Gypsy in 1980. This was Chris`s first time playing original material in larger venues and the collaboration with Cliff would resume in the mid 90s with Slack Alice, the release of five studio albums and numerous appearances at venues up and down the UK and headline slots at various Blues Festivals.

It was during his tenure with Slack Alice that Chris first met Paul Bradshaw who was running sound at The True Blues Club for a Slack Alice gig. The two hit it off immediately with their shared love of all things Zeppelin and numbers were exchanged…because you never know!

After Gypsy and prior to Slack Alice Chris played briefly with The Spurs, a band featuring the legendary vocal and writing talents of Des Horsefall. Behind the drum stool could be found a young powerhouse drummer by the name of Damon Waite. Chris duly made note!

Sadly Cliff Stocker passed away in 2015 after which Chris again hooked up with Des Horsfall for a short lived re-imaging of Slack Alice, a brief hard rock project Available Jones featuring the extraordinary talents of Miguel Montalban and a few months with Des`s country/americana outfit Kuschty Rye.

It was during this time period that Chris received a call from a certain Mr Bradshaw whilst returning from an Available Jones show in London. And the rest is history……. 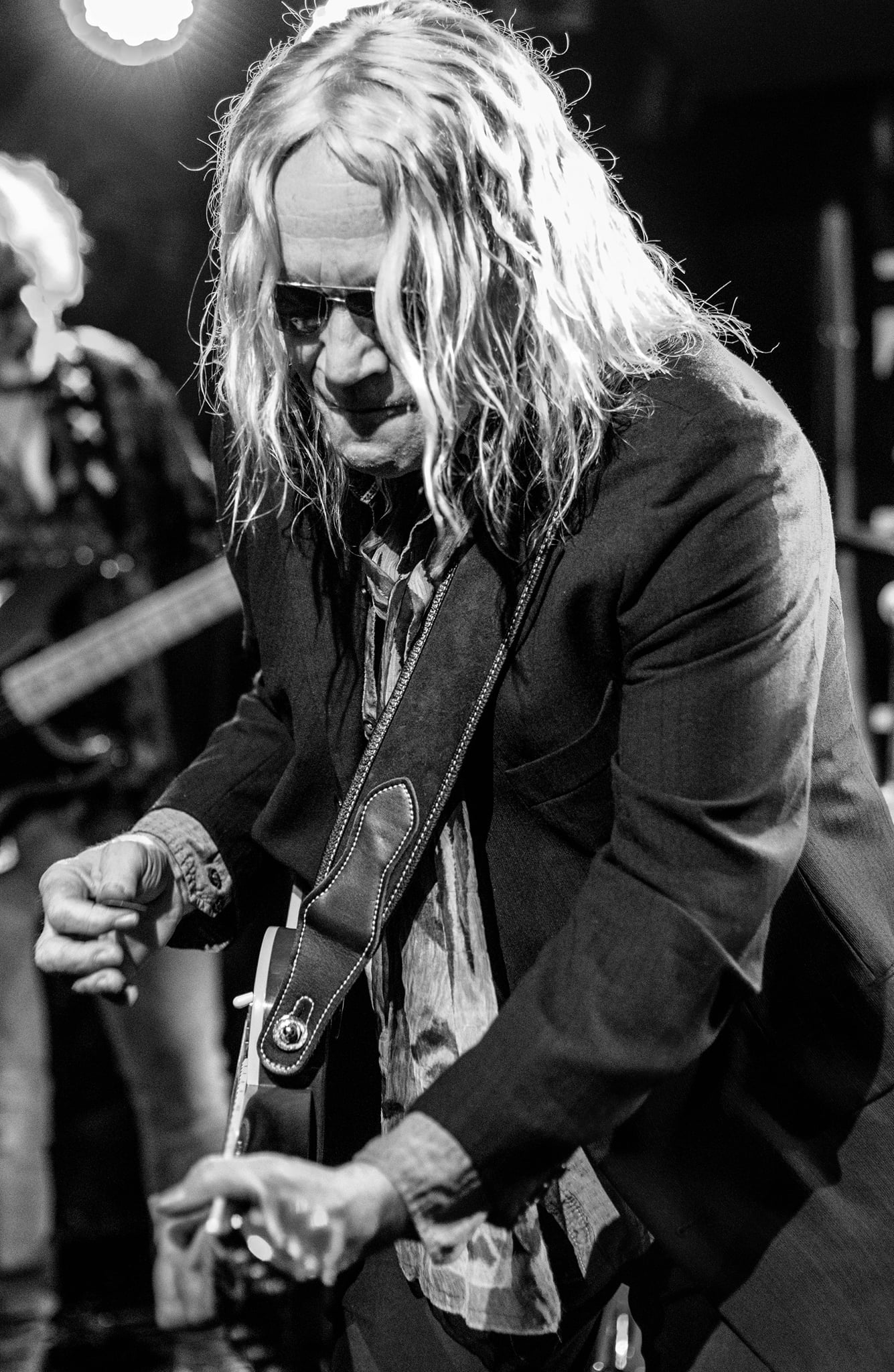 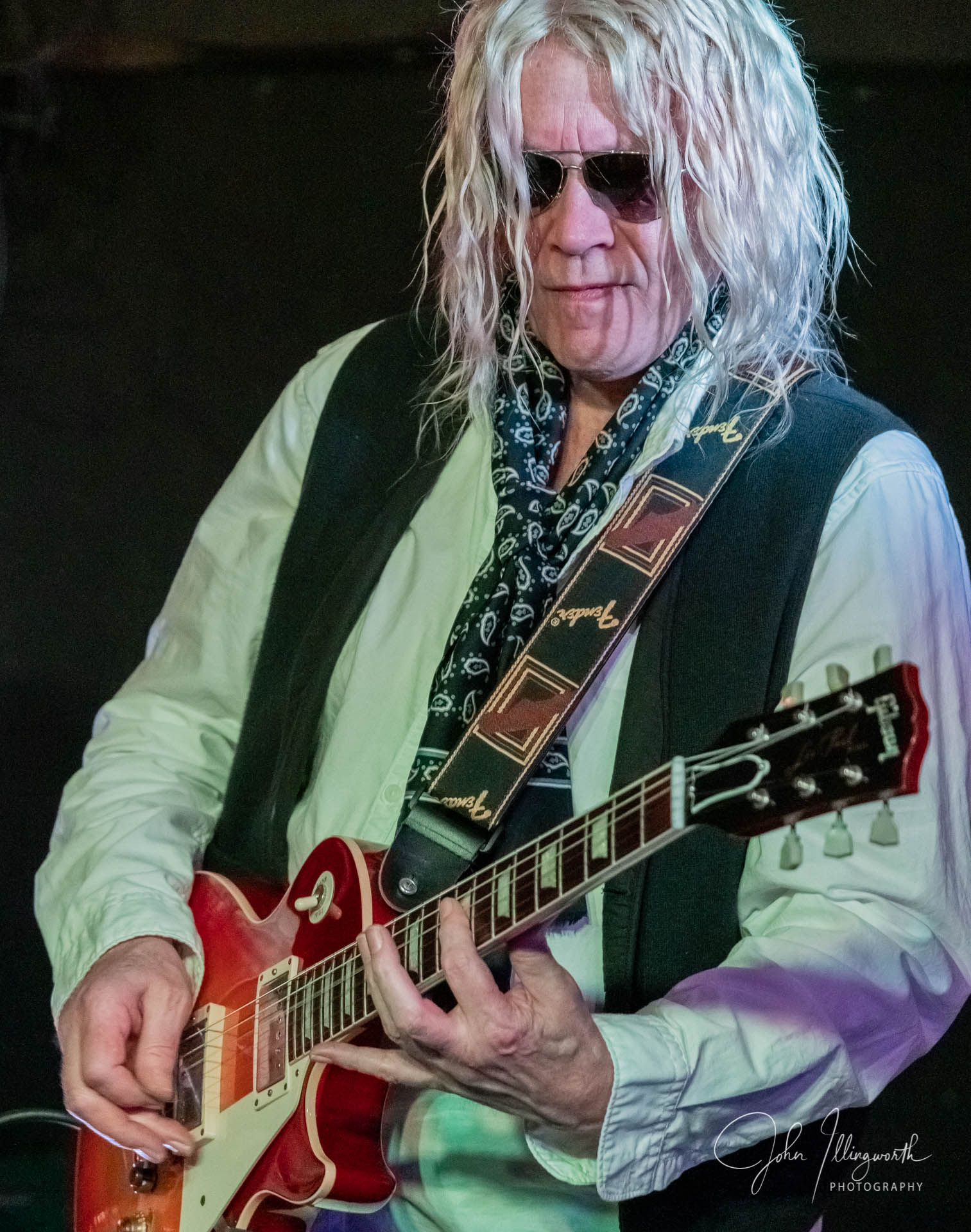 I first became aware of Zeppelin after hearing Whole Lotta Love on John Peel`s Sounds of The 70s in the very early 70s!

I was struck by how unique, raw and incredibly brutal and it sounded. At the time however I was extremely taken by Clapton`s tone on the Bluesbreakers album and was busy researching and stealing licks from the three Kings.

Fast forward to 1975 and I heard Physical Graffitti in it`s entirety on Johnny Walkers Radio One show. That was it. I was struck. The diversity of the song writing, the production, the guitar tones, all made an indelible mark on me. And sometimes it was so bloody heavy it was like listening to an express train crash into  wall!

Following this I just had to hear and find out more and in doing so I became a lifelong Page fan. And of course the lack of info available at the time made everything so much more alluring!

Part of what makes JP such a legendary guitarist is of course the image, the swagger, the low slung burst LP, the tales of unbridled hedonism…who wouldn`t want to be that man?

However for me it`s Page`s live playing that really caught my ear. At the top of his game he was simply the best improvisational player in the business. Just a dazzlingly glorious out pouring of riffs. ideas, single note lines, chordal passages and all without repetition.

Page has never claimed to be a virtuouso guitarist but rather a musician and composer who plays guitar…..however he does play guitar rather well!

Lastly what is also a stand out feature of Page`s style is his unique feel and time. This is what marks him out most of all and it\s the one thing that`s so hard to imitate…but I\m having fun trying!