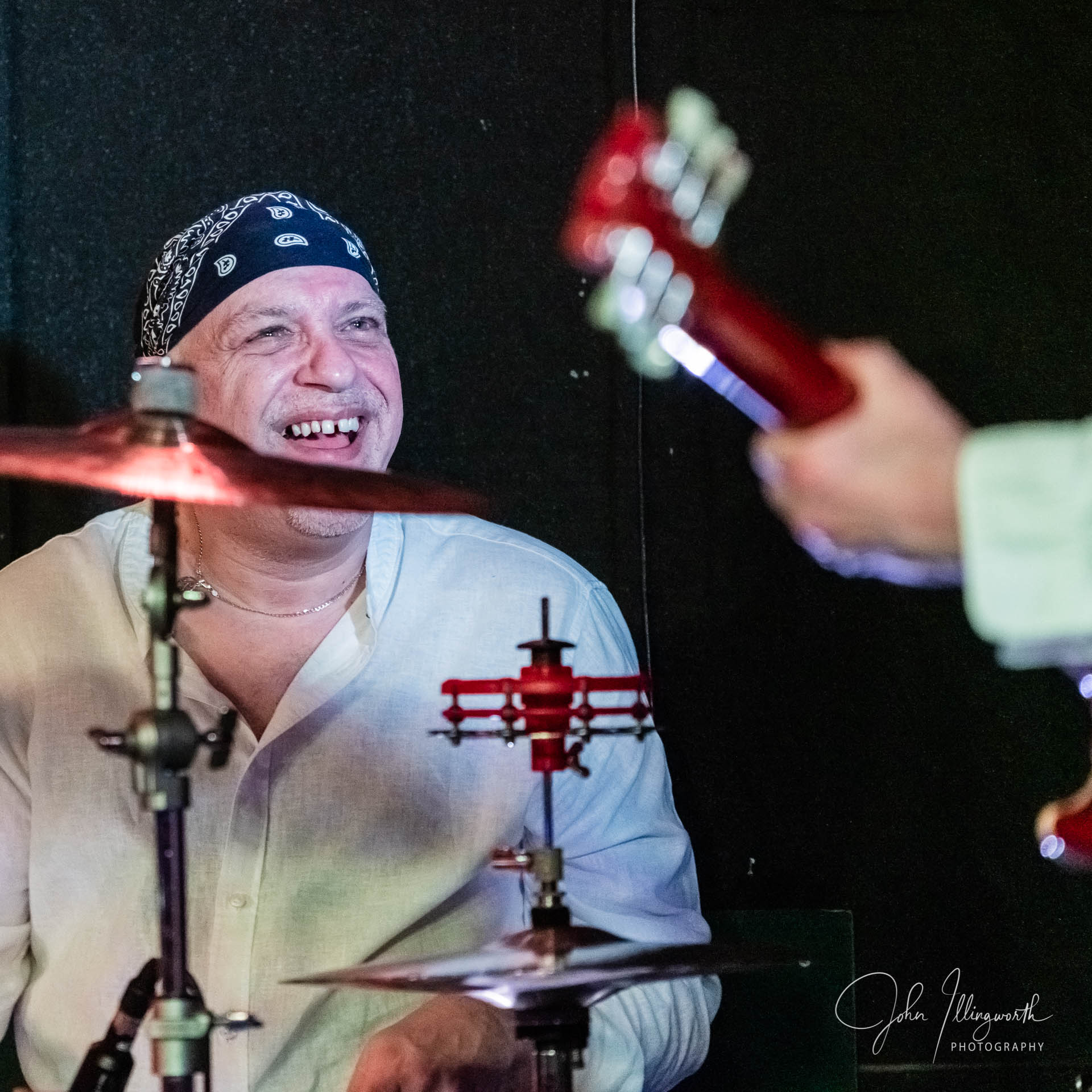 Damon Waite grew up in a household surrounded by classical music – and in secondary school took up the trombone and studied this to Grade 8 level. However at 15 and inspired by the school band’s drummer rapidly became obsessed by the drums. From the age of 18 he played with many different bands and was in the Halifax indie legends Fez for 32 years. One of those bands was The Spurs with a guy called Chris Preston. 30 years later after depping in Slack Alice, Chris sent a text to Damon asking him if he wanted to try out for a Zep tribute. Convinced he wasn’t the drummer Chris was looking for (Chris disagreed) Damon  thought he would give it a shot … And here we are four years later – so it looks like Chris was right !

So … John Bonham isn’t my favourite drummer… whilst a bit blasphemous it is true. I have my favourites – Carter Beauford, Gavin Harrison, Simon Phillips to name but a few. But I just didn’t get Bonham … until … I started studying to be in this band. It’s an interesting concept – to be in a band where you are, I suppose, an impersonator. And therein lay the lesson. Bonham was unique in a way that those who followed him could never be. A hard hitter with huge fire and passion but hands which could deliver a whispered ghost note in every way just as powerful. And a right foot that came straight from God ! It’s safe to say I get it now – and all drummers should be grateful for his contribution. I don’t claim to come close – but I can tell you that studying this giant of the drumming world opened my eyes and gave me a never ending task – which is a lot of fun ! 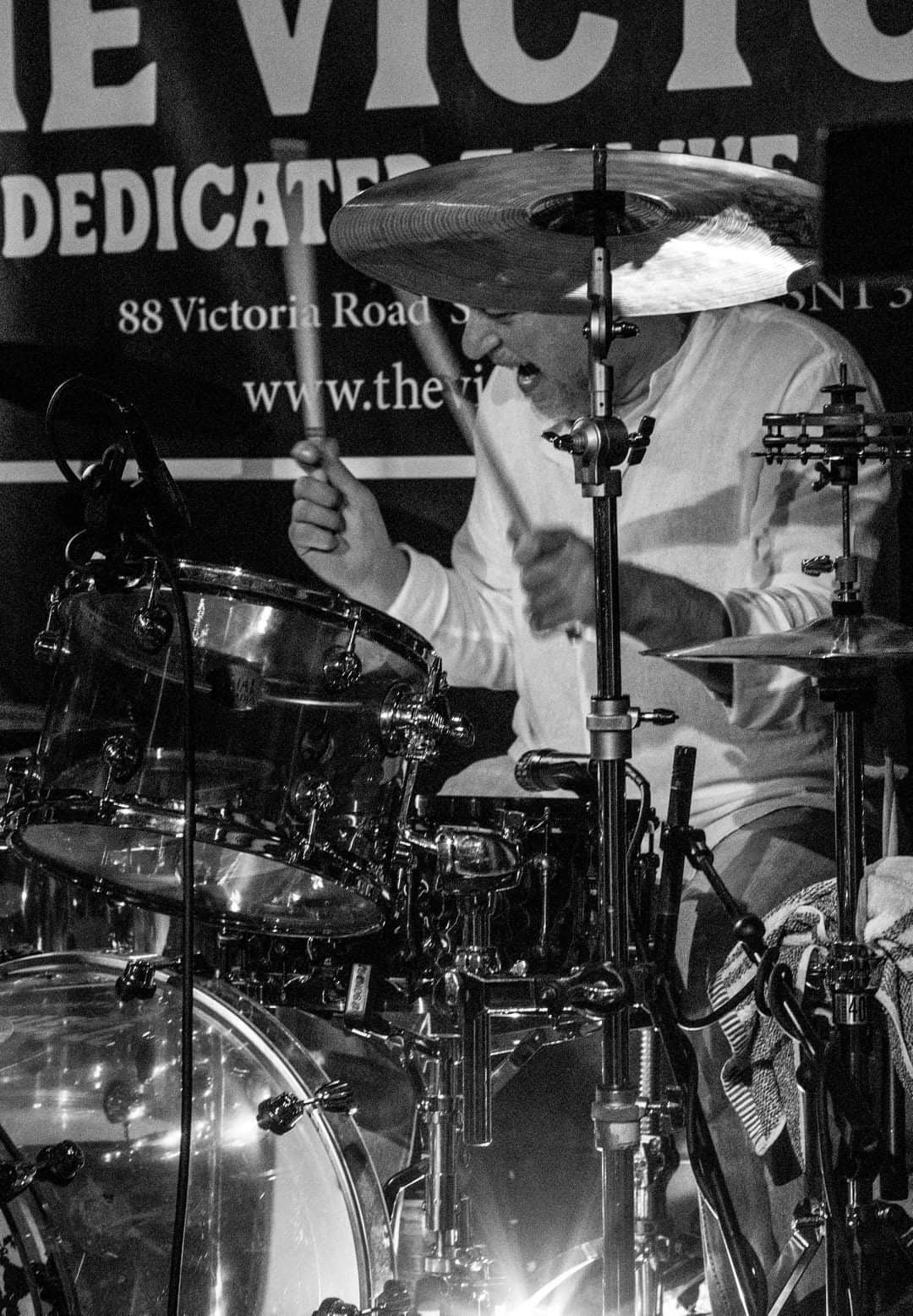