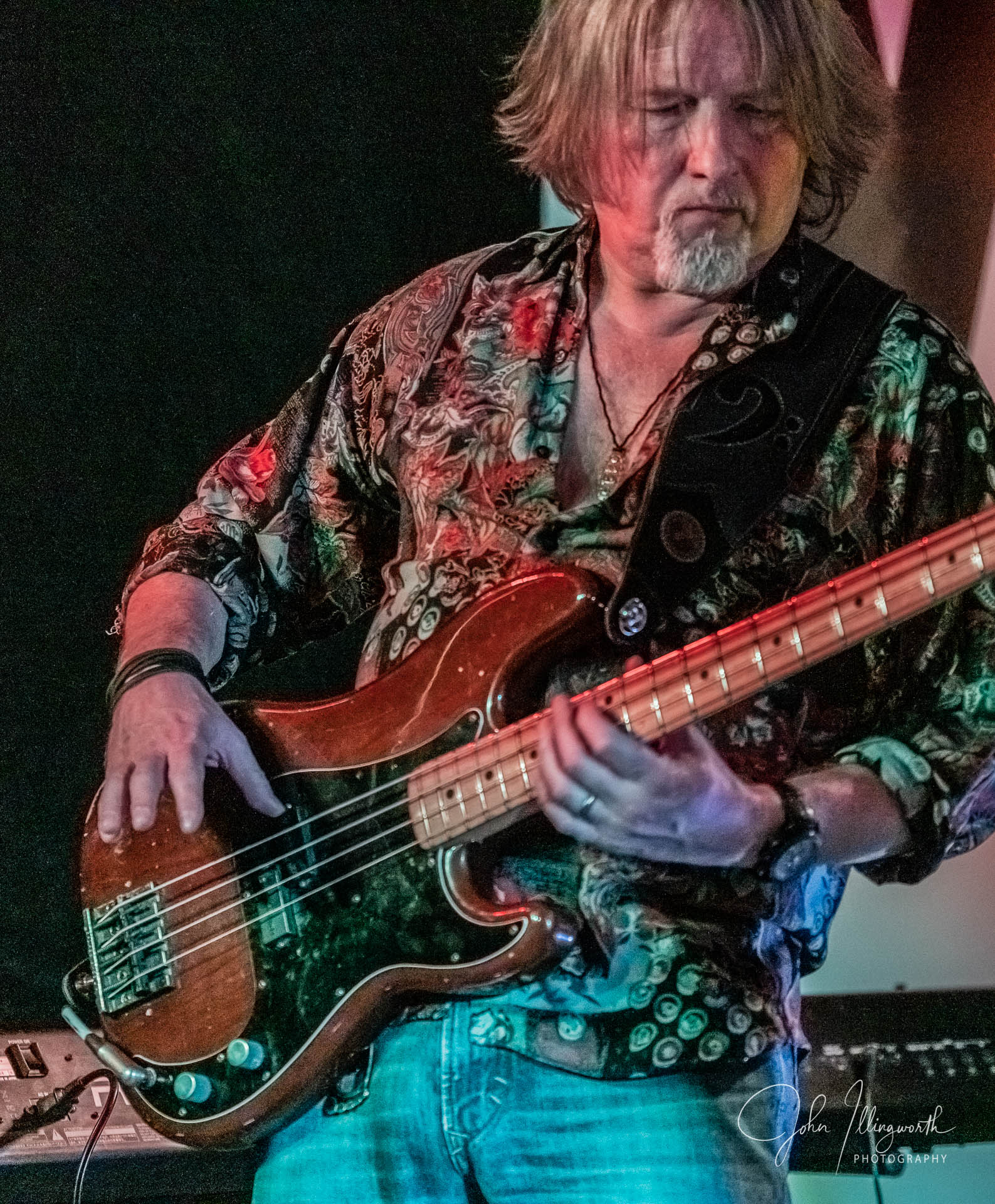 Pete first picked up a bass at the age of 14, inspired by the likes of Free, Bad Company and, of course, Led Zeppelin, playing his first gig when he was just 16 years old. Not too long after that he moved back down to his native London, playing with a variety of bands in both the capital and the North. Eventually he headed back to the frozen north, joining a band called ‘Meanstreak’ and playing up and down the UK on the 1980’s rock club circuit.

Fast forward several years and Pete ended up doing a stint playing the clubs and festivals on the national blues circuit with the ‘Paddy Maguire Band’ and various other blues acts, as well as regularly gigging with a number of local rock bands (including ‘Spank The Monkey’ and ‘Balls To The Wall’). He was asked to join the highly regarded Magnum tribute band ‘Storyteller’s Night’ and subsequently the reformed AOR band PULSE, recording the album ‘Chasing Shadows’ that was released across mainland European markets.

A meeting with Chris Preston, who he had crossed paths with on the old blues circuit days, led to an invitation to join LED INTO ZEPPELIN.